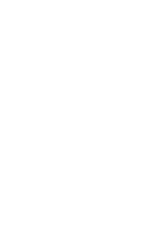 Legend  Large Woodland ape-like being that walks on two legs.

Origins  Canada/North America with variants across the globe.

Fun Fact  Known as Sasquatch, some think they are the missing link between ape and human. 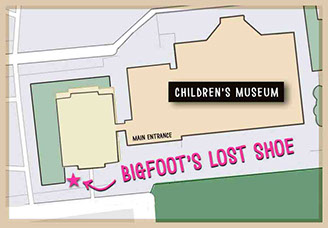 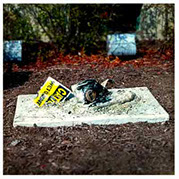 Bigfoot's Lost Shoe can be seen encased in a cement block located between the Backyard & Post Office building, just next to the staircase.

Download Cryptid Adventure Map for larger view or to print

HOST     Here we display, encased in cement, the lost shoe of a bigfoot. But what really is a bigfoot? Is it merely the legendary bipedal forest creature leaving massive footprints in crusty mud worldwide? Or perhaps, is there more to a bigfoot than the size of its feet?

SQUATCHALIST    Bigfoot? Oh, geez, please. That word, that’s such an awful word. This species has been tormented by that word for as long as words have existed to torment things.  Sasquatch, please, Sasquatch.

SQUATCHALIST    We prefer to be called Squatchalists. The term just brings so much joy to us.

MR SOUNDMAN     (off mic) Sorry. Can we take that again? For sound consistency. Just go from introducing the bigfoot person.

SQUATCHALIST  Are you kidding me! Bigfoot person!? I just went through this. I mean, how would you like being called nose holes, simply because you have nose holes? Is that all there is to you… the holes in your nose Mr. Nose holes?

SQUATCHALIST  Then open your earholes, Nose Holes! And stop it with the generalizations!? It’s bad enough that the general public only thinks in terms of foot size.

HOST    When asked to comment on their use of the term “bigfoot”, the general public had this to say.

SQUATCHALIST    Look, when it comes to Sasquatch fear, we can hardly blame the general public...

SQUATCHALIST     Their ridiculous fears are the result of poor representation of the Sasquatch community. They have overlooked the diversity of an entire species in favor of a single physical attribute. They’ve ignored the art, the cunning, the unmatched intelligence of the Squatch kind. Take the siren song of the Sasquatch in love…

SQUATCHALIST    A lament of longing and heartache heard deep in the deepest depths of the woodliest woodland woods. Is that not art?

Sasquatch stealth abilities have been adopted by Paintball and Laser Tag Olympians for years. Not to mention the Large HadSquatch Particle Collider, designed by a ragtag team of Human-Sasquatch scientists. And have we all forgotten the overwhelming Sasquatch influence on 18th-century existential philosophy!?

SQUATCHALIST    Look, I’m not saying one can’t appreciate a specific attribute of someone. But you’ve got to acknowledge the whole of a being. Their diversity. The great uniqueness of each individual making up a community. Be it Sasquatch, Mothman, Homosapien, or yes, even the general public.

HOST     And in that vein, here we display this lost shoe- not of a struggling bigfoot, but of an underappreciated Sasquatch. We leave it here, stuck in cement, NOT to indulge in the size of the shoe, but to indulge in its existential truth. When stuck in place by the simple ideas of what others value about you, you may simply slip away from the soft grip of thin perception and take that enormous step towards what YOU value about yourself.

Thank you sasquatch. Thank you very much.